Where is Mount Everest Located

Known for its overwhelming height, Mount Everest is the dream destination for every travel enthusiast all around the globe. Conquering the peak of this mountain crest has become a thing of pride.

Everyone is well known for the glory of Everest. However, the real question is “Where exactly the Mount Everest is Locate?” Many people are still not aware of the exact location of this beautiful mountain vista.

Those people who are dreaming to experience the magic of Everest through trekking or conquering the height of Everest, are concerned about its location. So as to bring light on the Exact Location of Everest, we have prepared this article. We believe this article will make you clear about the country, Mount Everest resides along with other information.

Are you dreaming to put your footstep at Mount Everest Base camp or Kalapatthar? No more dreaming, we are here for your dream to make into reality. Book your space today!

Where is Mount Everest Located?

The Himalayan range of Asia also called Higher Himalayas or Great Himalayan Range consists of some of the tallest Himalayan peaks separating the plains of the Indian subcontinent from the Tibetan Plateau. The Himalayan range stretches southwest over 6 different countries; Nepal, Bhutan, China, Bhutan, Pakistan, Afghanistan, and India.

Mount Everest, the highest Himalayan peak, stands tall between the border of Nepal and China. A survey done by China National Surveying and Mapping Administration in 2005 marked the précised location of Everest which is 27°59’ North latitude and 86°55’ East longitudes.

Where is Mount Everest Located in Nepal?

How High is Mount Everest? 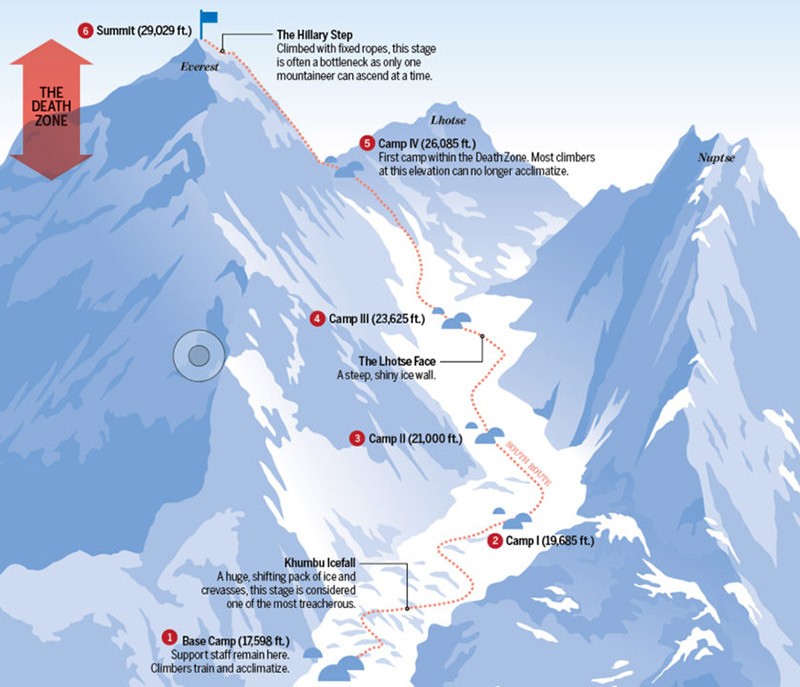 The world's highest peak, Mount Everest elevates at an elevation of 8848 meters (29,029 ft. ) from sea level. This elevation of Everest was officially recognized by Nepal and China in 1955 and then conformed by china in a Chinese survey conducted in 1975. However, there are still many debates regarding the exact height of Mount Everest.

As technology has rapidly evolved from the 18th century to the 21st century, during this period many tools and techniques have been used to measure the exact height of Everest. All the surveys concluded different results regarding the actual height of Everest.

One of the main reasons behind various survey results is the tectonic movement. Because of the phenomenon, the mountains grow a little each year!

Does Mount Everest Have Another Name?

Everest has various naming histories. The world's highest peak Everest is famous as “Sagarmatha” in Nepal. The literal translation of Sagarmatha is “Sagar” referring to the sky and “Matha” which translates as Forehead.

The Tibetan Name of Everest is “Qomolangma” which means “Holy Mother”. The name was first recorded with a Chinese transcription on the 1721 Kangxi Atlas. Not it is Romanized as Chomolungma and as Jo-Mo-Glang-Ma.

Before the mountain got its name Everest, it was called the third pole. This mountain crest got its official Name “Everest”, which was given by land Surveyor General “Sir George Everest”. He was the first person to locate the exact position of Everest.

Sagarmatha, the Nepali name for Everest came into use in the 1960s.

Everest Base Camp Trek is such an incredible adventure trekking trip that takes you to the Everest base camp, the base of the highest mountain in the world.  Trekking through the trail that passes amidst mountain peaks, cultural villages, glacial rivers, and lovely vegetation is definitely an experience to take at least once in a lifetime. View of the mountain peaks like Thamserku, Ama Dablam, and several other mountains in addition to the 8,000 meters Lhotse and Everest makes this trip incredibly enchanting. 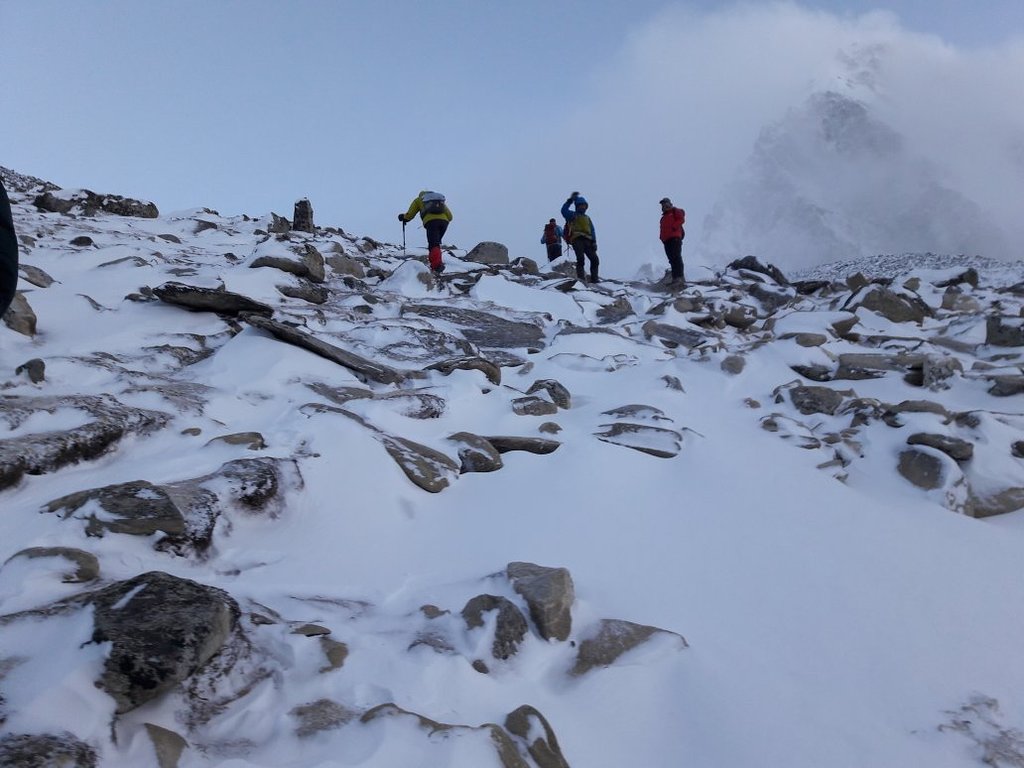 Everest 3 High Pass Trek is an exciting adventure in the Himalayas of Nepal. It consists of trekking on popular Everest trails while also seeing unique ornaments (flora and fauna) of the Khumbu region. Although it is inclusive of Everest base camp trek and hike to Kala Patthar. Throughout we cross three passes in the Everest region -Kongma la pass (5,535/18,159ft), Cho La pass (5420m/17,782ft), and Renjo La pass(5,340m/17,520ft) and involving other high mountain passes.

Gokyo Valley Via Renjo Pass Trek is certainly one of the most stunning mountain areas on earth. This short route enables trekkers who have a limited time to discover the most famous beauties of Nepal. Set amongst breath-taking high mountain scenery, the route leads through the Khumbu - Sherpa country. 2 routes are possible: Renjo Pass trek or an alternative itinerary. The trail to Gokyo is a gradual ascent up the valley passing through patches of birch and rhododendron forest where the elusive musk deer can sometimes be seen. Through small yak-grazing settlements, we reach the Gokyo lakes. 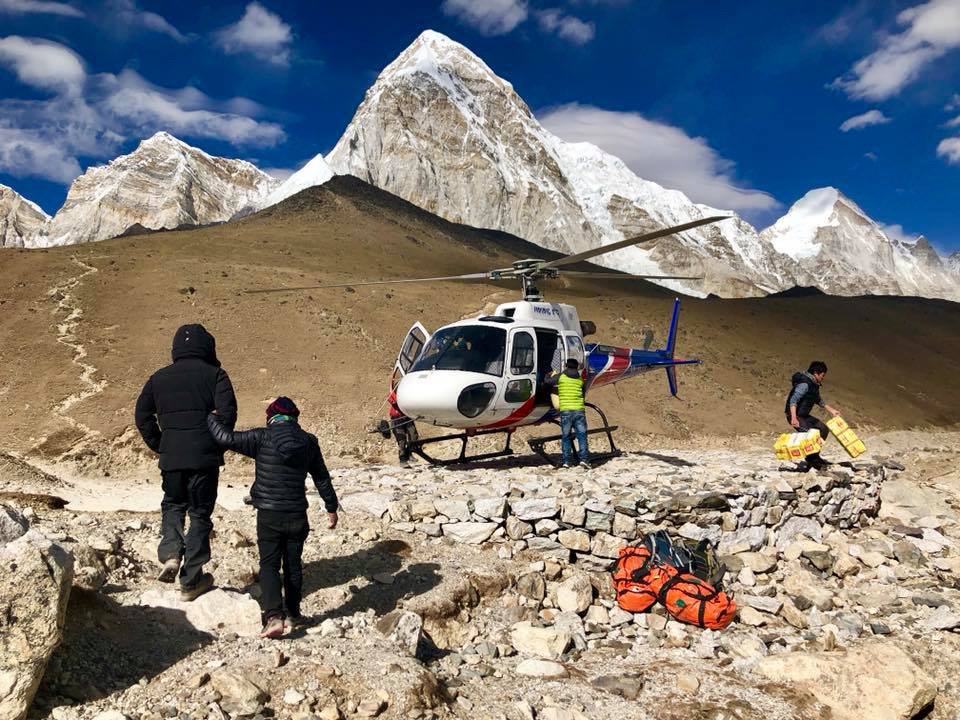 Although this classic luxury trek to the Everest Base Camp goes on the very regular route that every Everest Base Camp trekking aspirant follows, you will have a completely different experience of luxury taste and service from the very beginning of the trip. Obviously, you will have a pure experience of adventure trekking on Everest enjoying all the charismatic charms in the region, from breathtaking mountains to beautiful cultural riches. With the excitement of being at the Everest base camp and enjoying the close-up and panoramic Himalayan view from Kalapatthar, the highest elevation for this trek, the trip passes through several beautiful places in the region towards the base camp. 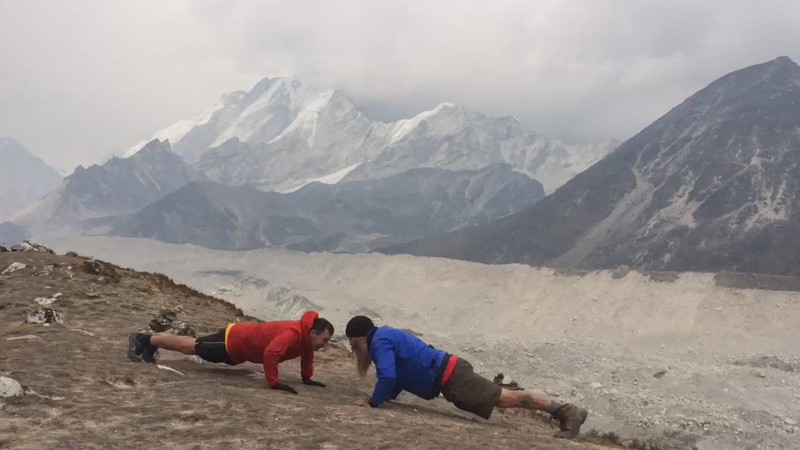 Everest Base Camp Yoga Trek trail is one of the best-ranked trekking trails, that takes you amidst mountain peaks, cultural villages, glacial rivers, and lovely vegetation. On the way, you can have glimpses of peaks like Thamserku, Ama Dablam, and several other mountains in addition to the 8,000 meters Lhotse and Everest. Standing in front of those might peak and strengthen and meditate your mind, body, and soul; there is no better way to experience enlightenment than this.