Alternative to Everest Base Camp Trek in the Everest Region

The Everest area of Nepal is one of the world's most popular trekking destinations, noted for its breathtaking alpine scenery and the iconic Everest Base Camp trek. While the Base Camp trek is the most well-known, the area has numerous additional trekking routes that give a distinct and equally enjoyable experience. In this post, we'll look at some of the alternate trekking routes to Everest Base Camp in the Everest area. 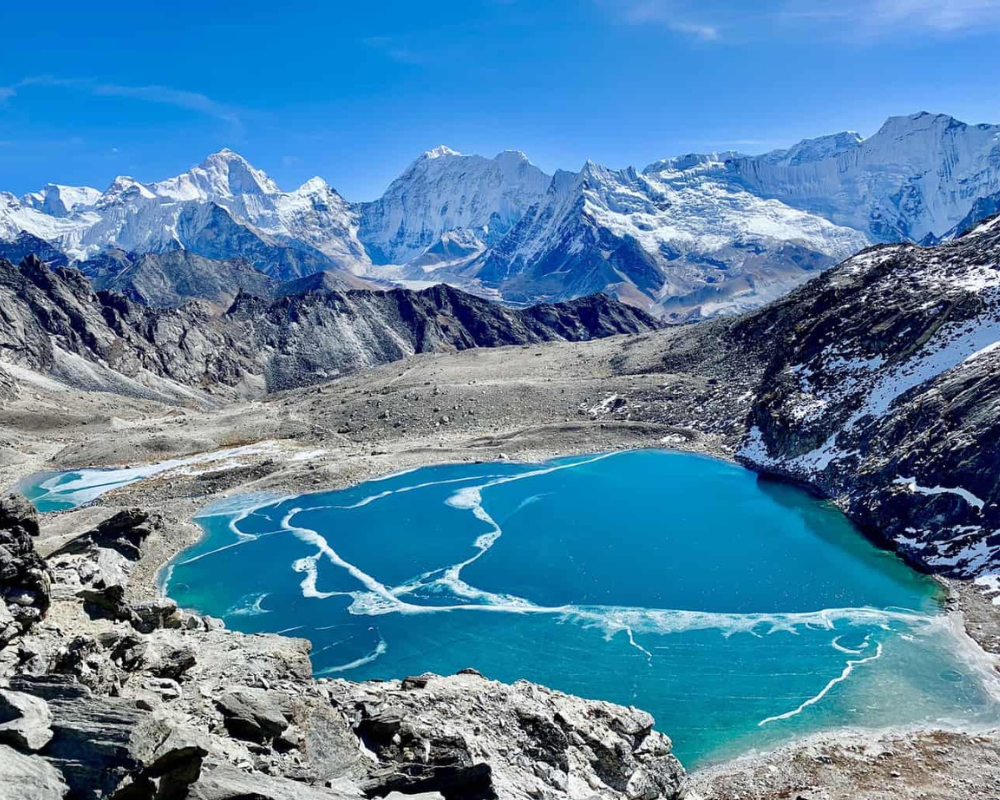 Gokyo Lakes Trek is one of the best trekking routes in Nepal. It is an alternative to the very famous Everest base camp trek which allows the trekkers to watch breathtaking vistas of the Himalayans, including Mount Everest. In addition, you will walk through amazing passes taking in the scenery of beautiful Gokyo lakes, a collection of six high-altitude glacial lakes.

A picturesque flight to Lukla will mark the beginning of the trek. From Lukla, the entry point to the Everest area, accessible only through a flight. You will follow the trail along the Dudh Koshi river that passes through small Sherpa settlements situated few and far between. The trail follows the same route as the Everest base camp trek until Namche Bazaar, from where the trail diverts to Phortse Drengka. From there, you hike to Machherma passing through the villages of Lavalma, and Luza. The next day you walk along the Ngozumba glacier passing through the first Gokyo lake, Longpongo, and Taboche Tsho, the second Gokyo Lake. You will spend the night at the village of Gokyo, located at the edge of the third lake.

You will also explore the Gokyo valley and climb the peak, Gokyo Ri. You will also explore the fourth Gokyo lake, Thonak Tsho, and the fifth and sixth lakes. The trek to Gokyo lets you enjoy almost every aspect of the Everest base camp and additionally, you will get to see beautiful lakes and walk amazing passes. You can also combine the Gokyo Lakes trek with the EBC trek for an ultimate trekking experience. 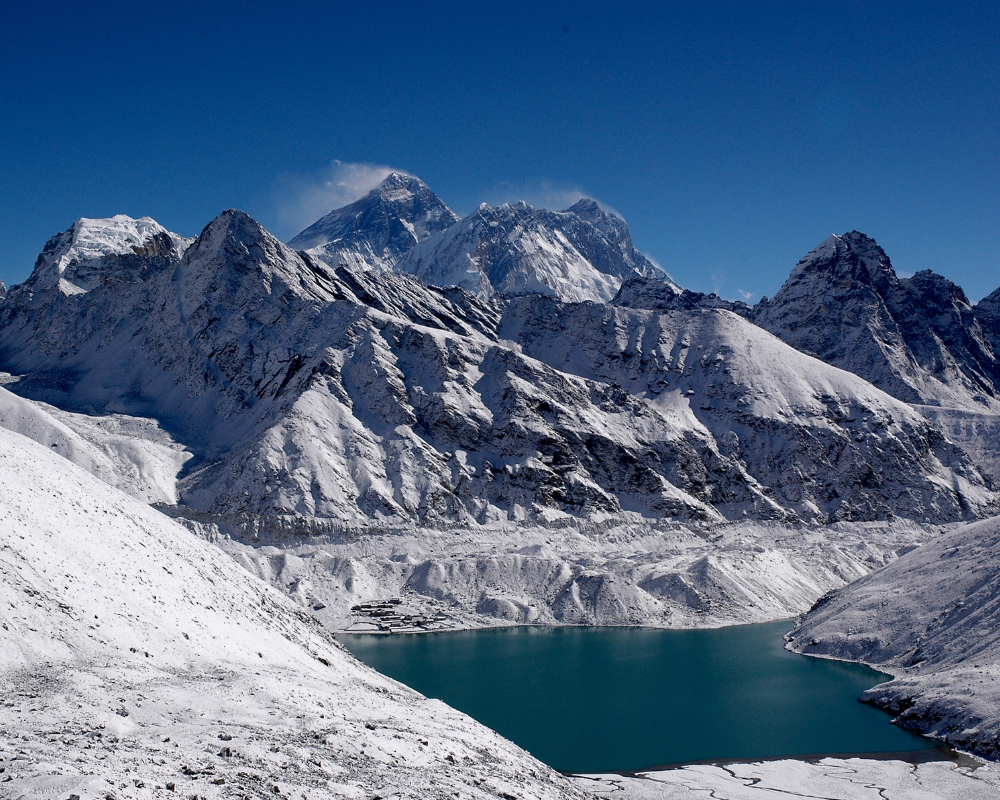 The Three Passes trek is a difficult and hard trek in Nepal's Everest area. It is a combination of three high crossings, Kongma La Pass, Cho La Pass, and Renjo La Pass, that allows trekkers to explore the remote and less-explored portions of the Everest region. This journey is regarded as one of the most difficult routes in Nepal, but it also provides some of the most stunning and breathtaking vistas of the Himalayas. It's a must-do journey for people searching for excitement and a chance to test themselves in the Himalayas.

This route takes the same initial path as the Everest base camp trek. You start from Lukla and pass through Phakding, Namche Bazaar, Tengboche, and Dingboche. From Dingboche, instead of heading towards the main trail to Lobuche, we go to Chukhung village and ascend Chukhung Ri. From here, the route goes to the Kongma La Pass, the first pass at an elevation of 5535 meters. Trekkers may enjoy views of the Everest region's magnificent peaks, including Mt. Everest, Lhotse, and Makalu, from here.

After passing over the Kongma La Pass, the walk continues to the Cho La Pass, which is located at an elevation of 5420 meters and provides views of glaciers and icefalls. The walk then continues to the Gokyo Lakes, a set of six high-altitude glacial lakes, and the Renjo La Pass, which is at an elevation of 5360m. Trekkers will enjoy a panoramic view of the Himalayas from the Renjo La Pass, including Mt. Everest, Lhotse, and Makalu.

The journey then descends to Namche Bazaar, the Khumbu region's center, and finally to Lukla by the same path. The journey takes around 20 days to complete and is considered hard, thus it is best suited for experienced hikers in good physical condition. Crossing high passes, sleeping at high elevations, and traveling through isolated and difficult terrain are all part of the expedition. 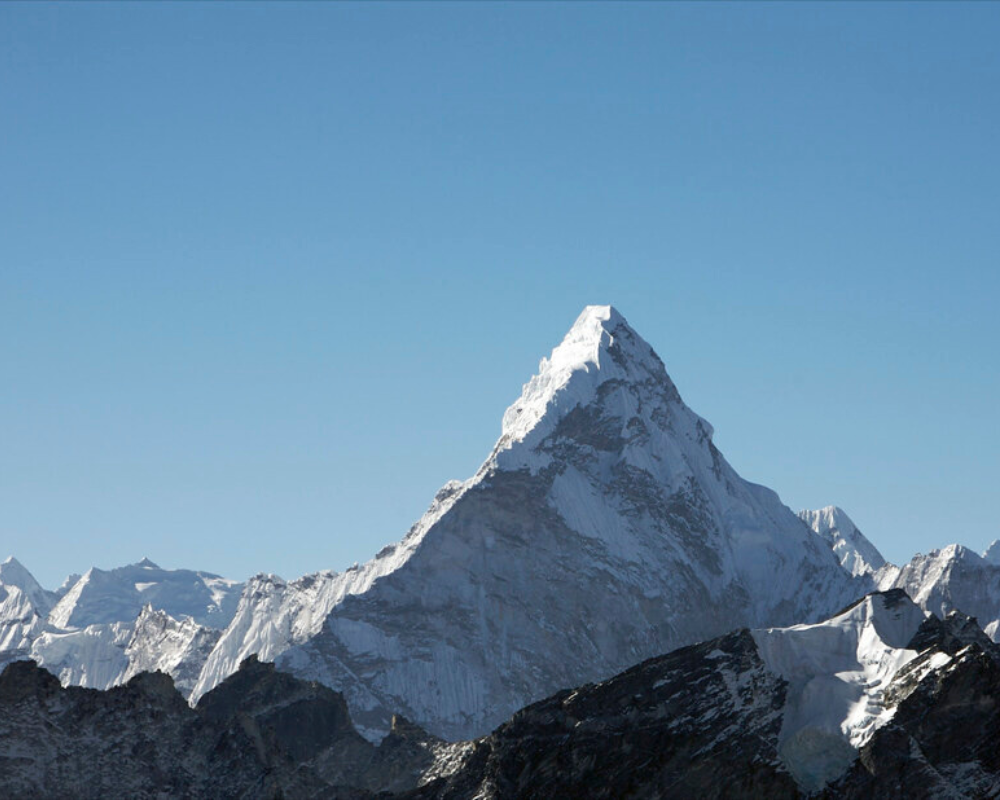 The Ama Dablam Base Camp Journey is a trek in Nepal's Everest area that brings you to the base camp of the picturesque and legendary Ama Dablam mountain. This walk is widely regarded as one of the most popular in the region, because of its breathtaking mountain vistas, attractive Sherpa settlements, and cultural experiences. It is a moderate to difficult journey that is best suited for those with prior trekking expertise.

The trek follows more or less the same route as the more popular Everest base camp trek. The trail splits from Pangboche. The trail gets exceptionally quiet from Pangboche to Amadablam base camp. You will also take a detour while returning staying at the village of Phortse and rejoining the main trail a little above Namche Bazaar.

This trek is an option if you want to go to a less-traveled destination, this might be the one for you. You can also add Amabablam base camp to your standard Everest base camp itinerary. 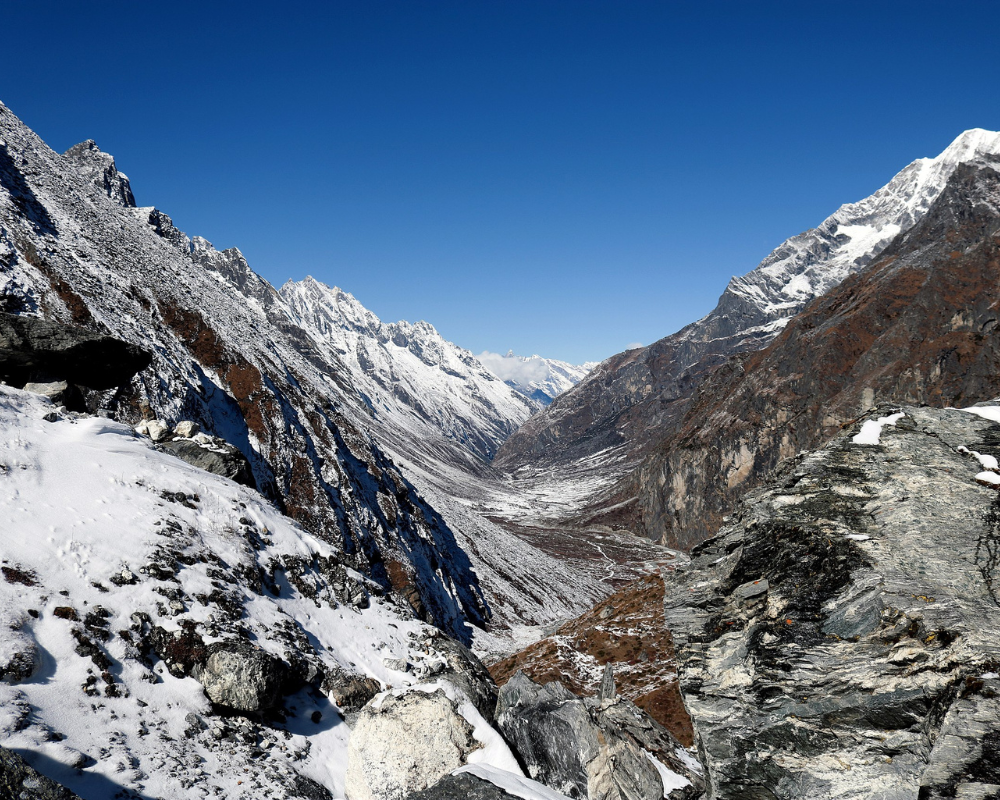 The Rolwaling Valley Trip is a difficult and lonely trek in the Himalayas. The trail starts in Dunche and follows the Tama Kosi River to the Rolwaling Valley. Trekkers will travel through lush woods, historic towns, and high alpine meadows with breathtaking views of the surrounding peaks along the route. The journey is recognized for its isolated and rough terrain, and it is regarded as a more difficult walk than other of the region's more popular treks. It's not for beginners, and it's not as well-known as some of the more popular routes.

The walk lasts 11-14 days and reaches a maximum elevation of 5,220 meters (17,100 ft) at Tashi Labsta Pass. Trekkers will get the opportunity to see the Tsho Rolpa glacier lake, the highest glacial lake in the world, as well as the Gaurishankar Conservation Area, which is home to numerous rare and endangered animal and plant species.

The opportunity to observe the Tawoche peak (6,495 m) and the picturesque Rolwaling peak is one of the highlights of the Rolwaling Valley Trek (6,542 m). The route includes takes in the historic Sherpa settlements of Beding, Na, and Tsho Rolpa. Trekkers will get the opportunity to learn about the Sherpa people's distinctive culture and lifestyle, as well as tour the monasteries and chhortens that dot the landscape.

Overall, the Rolwaling Valley Trek provides an exceptional wilderness experience, with the opportunity to view some of the Himalayas' most magnificent and inaccessible areas. It's a difficult walk that rewards hikers with breathtaking scenery, cultural immersion, and a sense of success.