Nepal is a paradise, lying in the lap of the world’s tallest mountains including the mighty Mt. Everest- the tallest peak on the earth. Located between China and India ins South Asia, Nepal is the birthplace of Lord Buddha – the apostle of peace. Nepal is a world on its own. Reaching Nepal, and observing the cultural heritage, nature's beauty, and pristine lakes will make you feel that you are in a separate world.

Nepal is a culturally rich country with a vast landscape and a living museum of the most attractive art and architecture as well as the abode of gods. Nepal is also a heaven for nature lovers and a mecca for travel enthusiasts as Nepal is the Home to numerous mighty Himalayas peaks, roaring rivers and deep valleys, and a land of cultural and natural mysteries. In short, Nepal is an amazing country with something to offer to visitors from all around the globe. Although Nepal is well known as the magical travel destination in the world however there are a lot more amazing facts people are not aware of. Some of the amazing facts about Nepal are discussed below.

Home to the only Living Goddess in the World 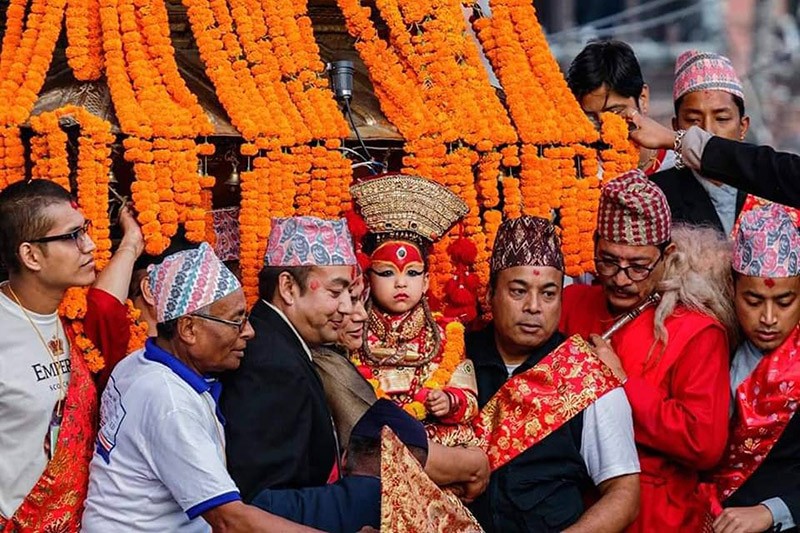 Nome is home to the one and only living goddess named Kumari. Nowhere else in the world you can see and worship the living goddess. The word Kumari is derived from the Sanskrit Kaumarya, meaning "princess".Kumari is considered to be the manifestation of the divine female energy or Devi in Hindu and Buddhist traditions. 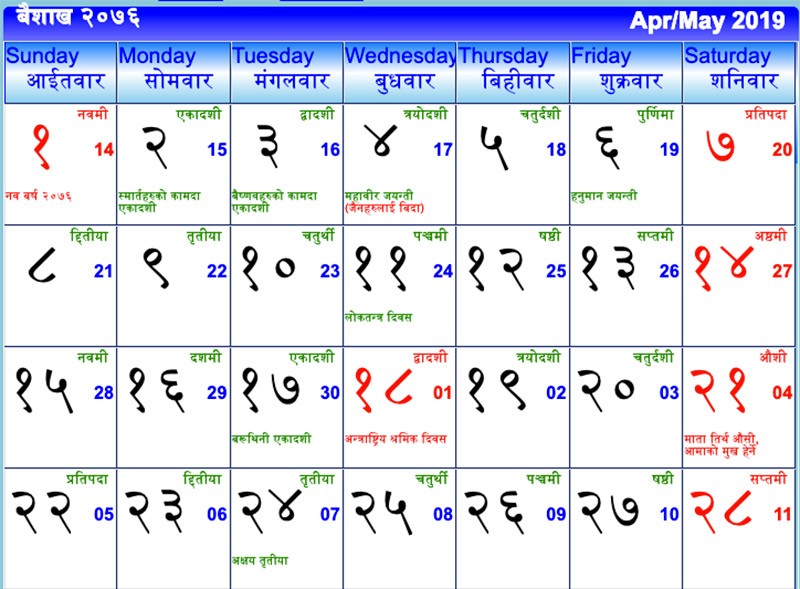 The Nepali calendar called Bikram Sambhat is approximately 67 years and 8.5 months ahead of the Gregorian calendar.

The Nepali New Year is celebrated in mid-April.

Tenzing- Hillary Airport also known as Lukla Airport is one of the world’s most dangerous airports. It is a small airport at the elevation of 2,845 m, in the town of Lukla, in Khumbu, Solukhumbu district. This airport is the gateway to Mount Everest. If you plan on going to Everest Base Camp Trek, then you need to go through this airport which demands courage and precision due to its tiny, treacherous runway perched on a steep cliff.

Deepest George and Canyon on Earth 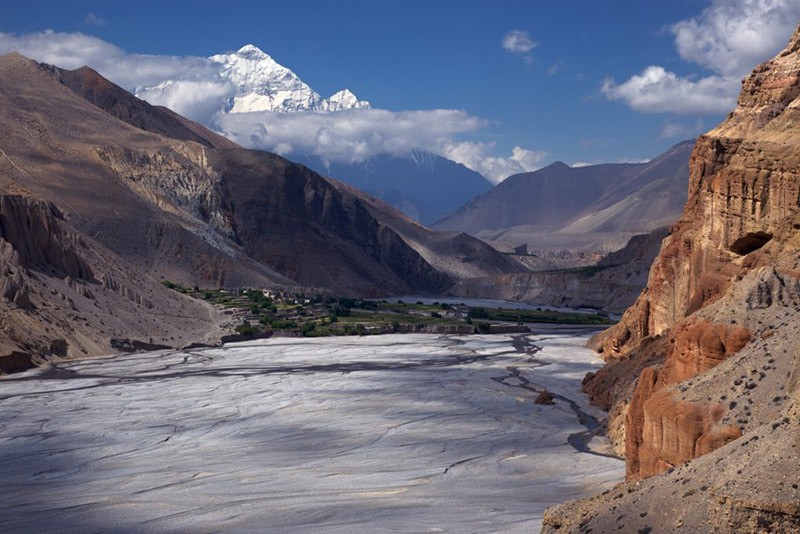 Kaligandaki gorge or Andha Galchi lying in the Himalayas in Nepal is the world’s deepest canyon. It is 5,571 m or 18,278 ft. lower than Annapurna I. At the bottom of this gorge, the Kaligandaki river flows. This name was kept after the Hindu goddess Kali – the personification of the powerful forces of Nature. This wonderful valley is enclosed by majestic Himalayas Dhaulagiri and Annapurna, whose height is more than 8,000 meters. 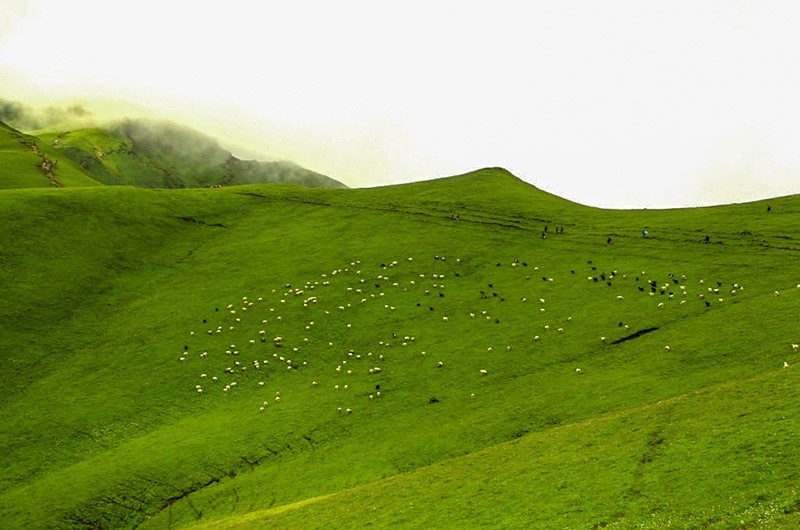 Some of the world's tallest grasslands are found in Nepal. Due to Nepal’s extreme climate variations features some of the tall grass like Phragmites, Saccharum, and Imperata spp. The typical species in grasslands is the elephant grass (Pennisetum purpureum), which grows to an amazing height of four meters. This species is the tallest grass species in the world.

A paradise for Bird Watcher 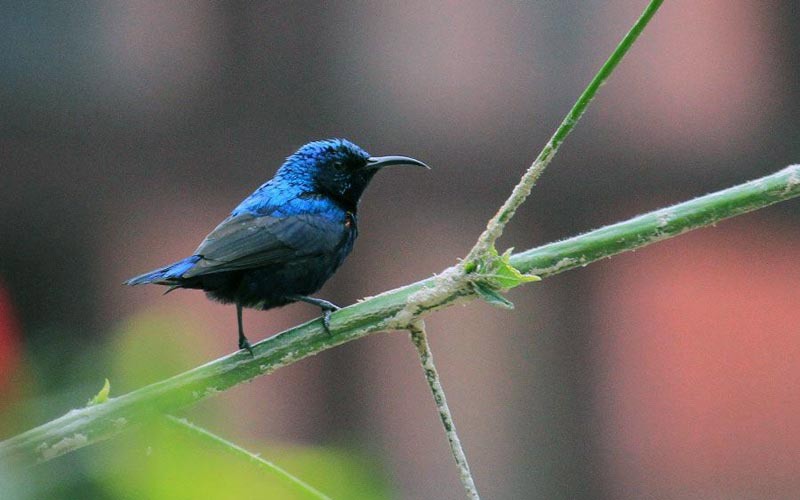 Nepal is a paradise for the people who love bird watching. About 900 species of birds; about 8% of the world's total bird species are found in Nepal, which makes Nepal a wonderland for bird watching. 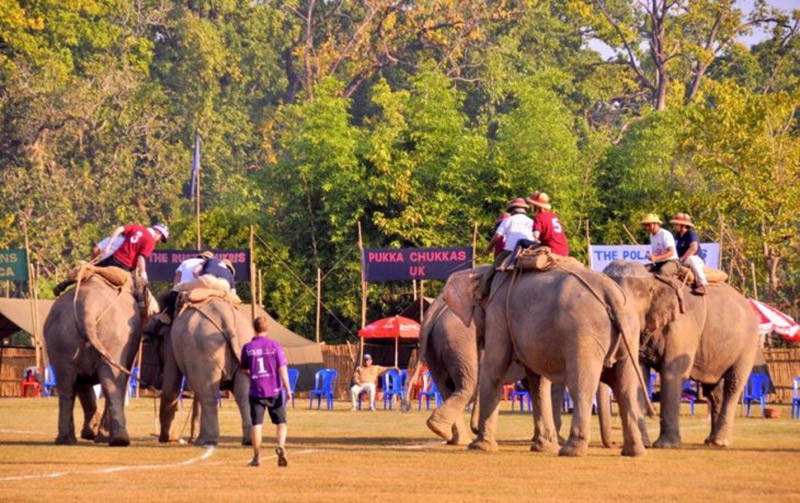 The famous sport, elephant polo first originated in Nepal. It is an amazing and thrilling sport played by being mounted on an elephant. It is played in the Meghauli, Chitwan. Every year World Elephant Championship is held on the Northern edge of Chitwan National Park, with players and guests staying at the nearby Jungle Lodge. 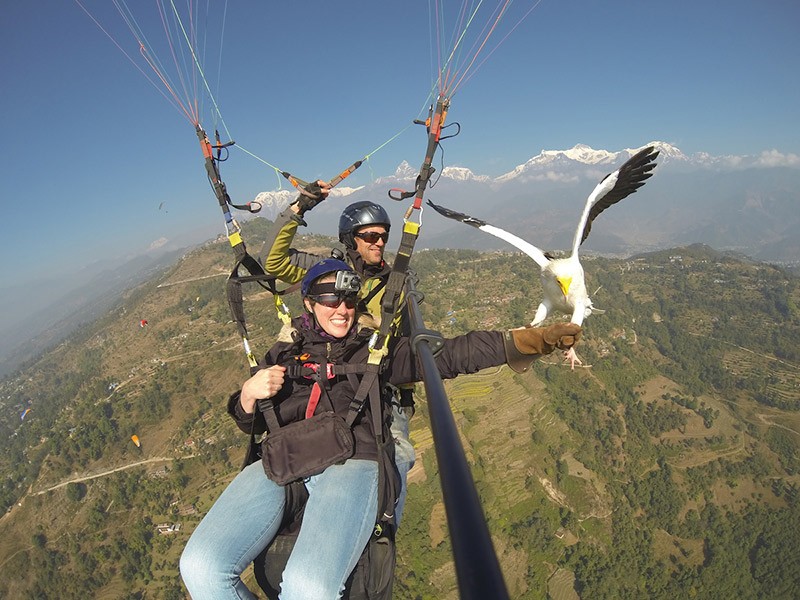 Nepal has got an amazing sports service known as Parahawking. It is one of the adventurous sports of Nepal where you can fly with a trained bird of prey, a Hawk. This amazing sport can be experienced in Pokhara- a beautiful lake valley in Nepal. 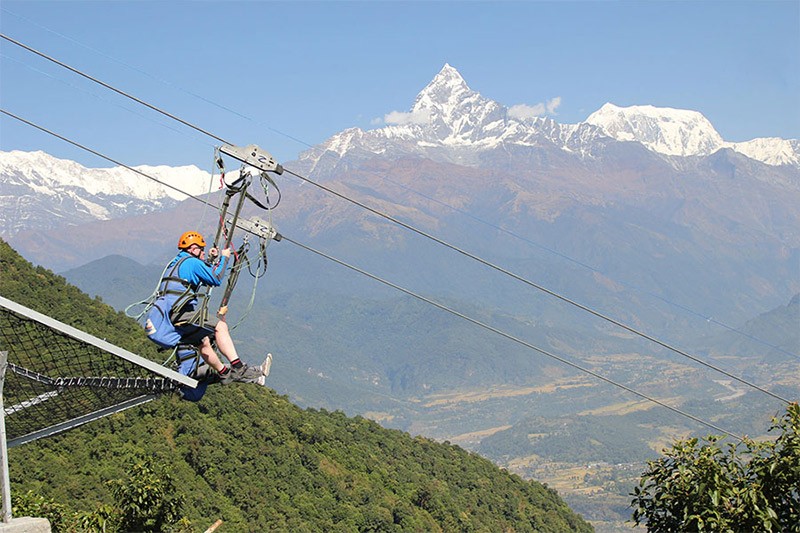 With an incline of 56 degrees with a total length of 1.8 km and a vertical drop of 600 meters world’s most extreme (longest, steepest, and fastest) zip-line is built at Sarangkot. While riding down on zip-line you will observe the breathtaking spectacular view of the surrounding pinnacles of Annapurna and Machhapuchhre. 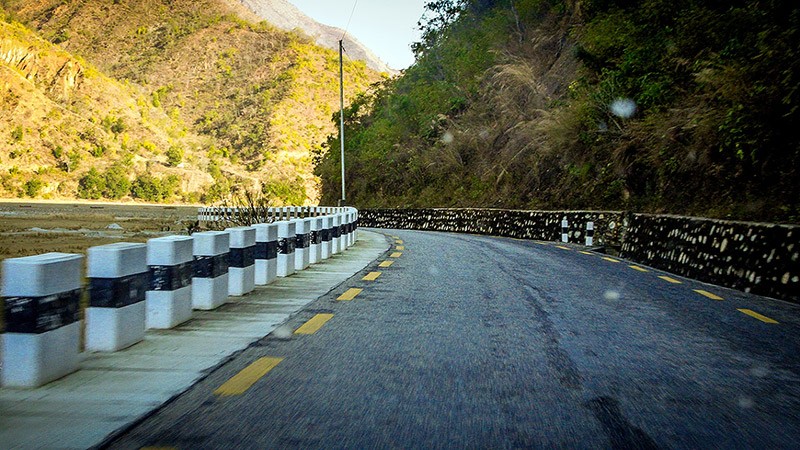 Prithvi Highway- the road joining the major cities of Kathmandu and Pokhara, is one the riskiest road in the world. Despite its heavily congested highway and landslide-prone, the scenery along the road is dramatic. Completed in 1974, the Prithivi highway offers the visitor to Nepal their first vision of middle hills, following a series of deep river valleys, passing ancient stone villages, cascading rice terraces, rocky gorges, and roaring rapids river crossed by precarious suspension bridges. Prithivi highway is named after the late King Prithivi Narayan Shah.

Best Adventurous Activities You Should Try in Nepal

Ensure Your Safety Before You Travel - Hire a Guide