Everest base camp trek is the dream of many travelers around the world. The trek is just awesome, the trails, Mountain Views, vast and beautiful landscape, Rare species of flora and fauna, wild animals, various species of birds, and most of all the happiness of completing the trek, doing it while feeling the adrenaline and thrill, daring the trail and enjoying the adventure to the higher Himalayas of Nepal. Trekking to the base camp of the world’s tallest Mount Everest cannot be defined it should be experienced firsthand.

Everest base camp trek is the dream of many travelers around the world. The trek is just awesome, the trails, Mountain Views, vast and beautiful landscape, Rare species of flora and fauna, wild animals, various species of birds, and most of all the happiness of completing the trek, doing it while feeling the adrenaline and thrill, daring the trail and enjoying the adventure to the higher Himalayas of Nepal. Trekking to the base camp of the world’s tallest Mount Everest cannot be defined it should be experienced firsthand.

Details for Everest Base Camp Trek 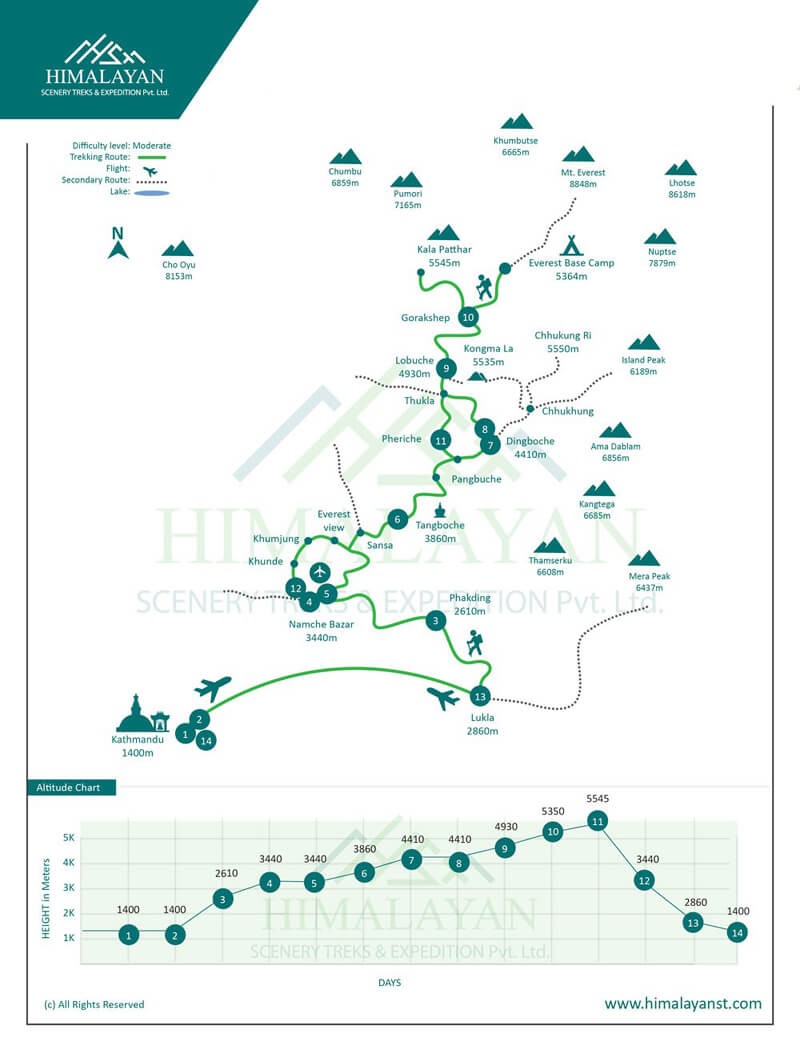 Usually, the Everest base camp trek route is designed for 14 days which makes enough time for acclimatization and exploration. The trail is great with the great views of the Himalayas, vast landscape, and the local Sherpa. You can check the map given below and can understand where you will be trekking each day. Here, we will explain the places according to the map given below.

Here is some major destination you will be hiking to during your adventurous trek. You will be able to explore a lot more during the trek and get to know a lot about the people of the higher Himalayas. You will be discovering many monasteries and shrines on your route to the Everest base camp trek. 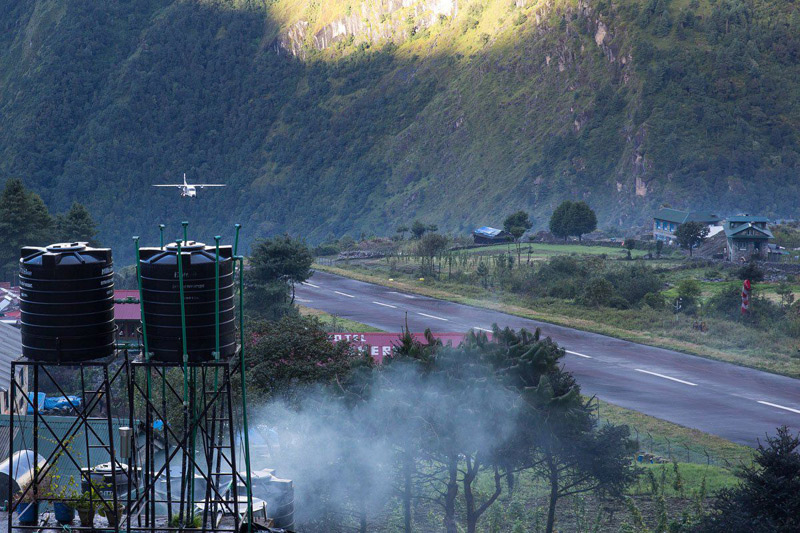 On the second day, you will be boarding the plane for your flight to Lukla which will last for about 45 minutes. After you arrive at Lukla Airport you will trek to Phakding. Lukla Airport was rated as the most dangerous airport in the world for over 20 years in a program titled Most Extreme Airports, broadcast on The History Channel in 2010. During 2010 the runway as well was not perfect and was graveled and rough now it has been reconstructed and is in great condition. You can feel assured you will have a great flight and view while you are traveling to Lukla. The airport is also considered the gateway to those who are doing the Everest base camp trek or Everest Expedition. Lukla Airport has considered one of the most dangerous and most traveler explains the flight as a thrilling and adventurous journey as the views are great and the weather around pretty good.

Phakding is a small in the Khumbu region is listed on the UNESCO world heritage Site since 1979. Here you will be able to understand and explore the lifestyle of Sherpas in the lower Himalayas. You will be able to see lots of lodges and tea houses around here. The houses here are still primitive and are very splendid in their way. The place offers great views of the vast landscape and greenery that Nepal has. You will also be able to get great views of the Himalayas. 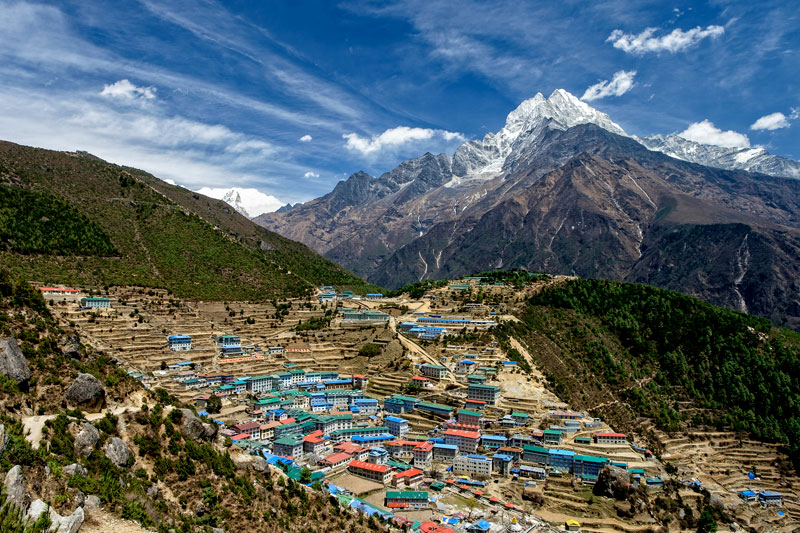 On the third day of the trek, your destination will be Namche Bazar. Namche Bazar is a small town in the Himalayas. The town is located in Khumbu Pasanglhambu Rural Municipality in Solukhmbu District Province No.1 of north-eastern Nepal. The town is elevated at an altitude of 3,440 Meters at its low point. Locale here is almost Sherpa and most of them are experienced in the tourism field. Namche Bazar is also considered as the gateway to the high Himalayas of Nepal and is especially known for altitude acclimatization. The people around town are friendly and you will get the most amazing hospitality in the world while you are in Namche Bazar. 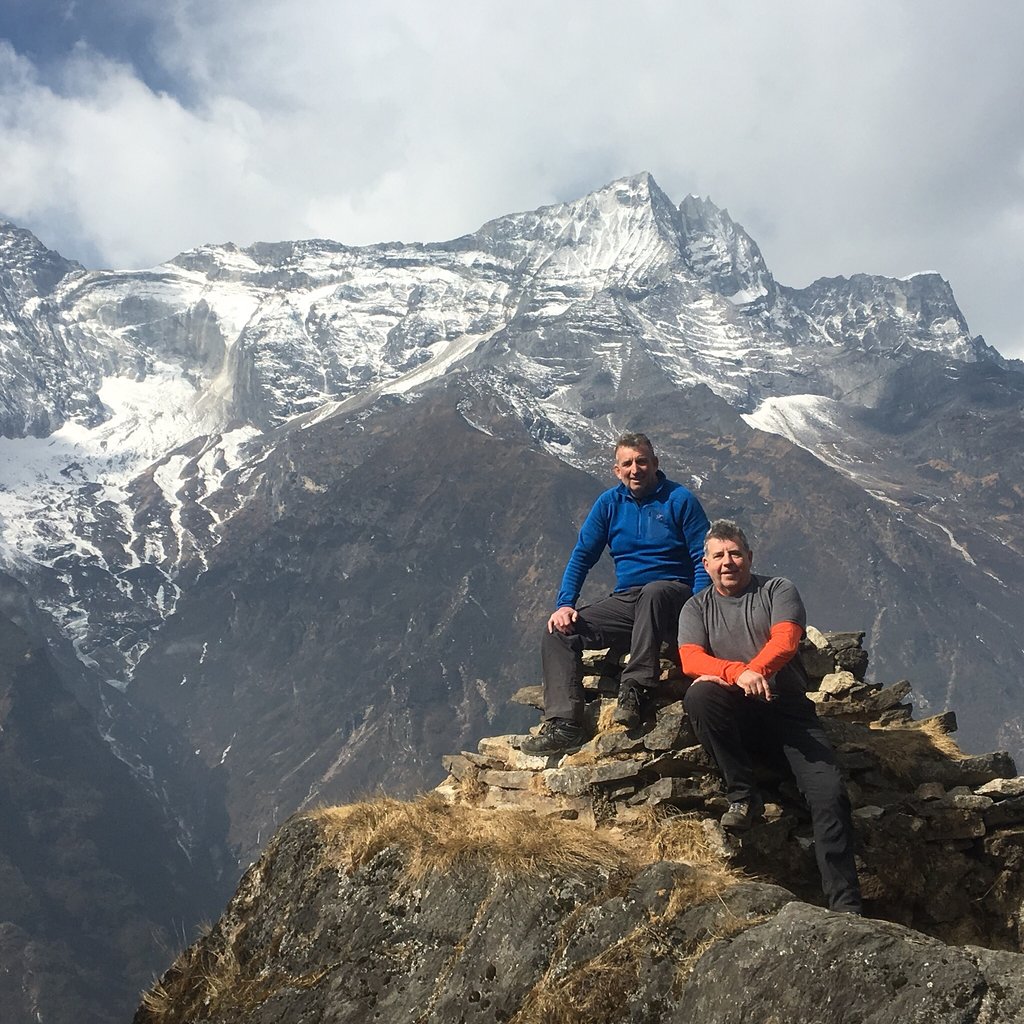 Dingboche is a small Sherpa village in the Khumbu region of northeastern Nepal in the Chunking Village. The village is elevated at an altitude of 4,410 Meters. After you arrive at this level of altitude you will feel short of oxygen level in the air. Here at Dingboche, there is something unusual for you to know and explore and it is called Kilometers of stone walls which is built using stones of different size. This Kilometer wall almost covers the entire valley of Imaj. As for the stone walls every stone is placed so that the locale could plow their field for agriculture. Every stone they find on their field is piled which makes these kilometers of walls of stone.

Other than that, you will be able to explore the vast landscape and the very little vegetation which grows only in the higher Himalayan region of Nepal. Dingboche offers great views of high snowcapped mountains. 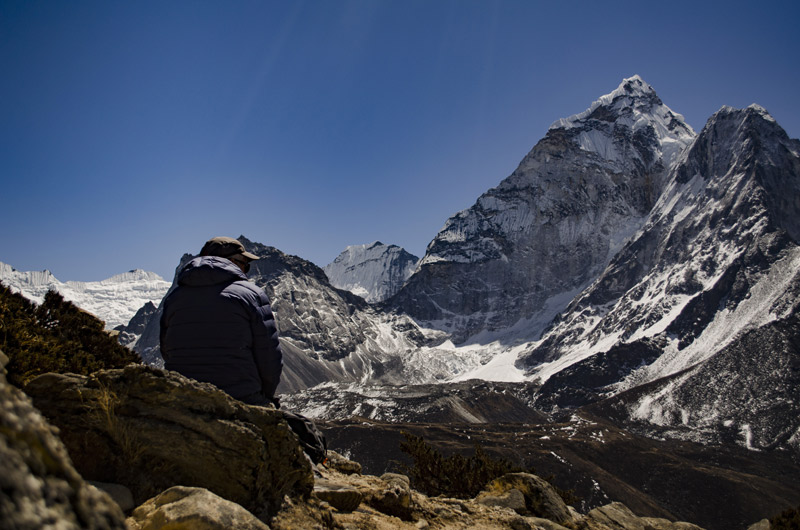 Lobuche, a small settlement located near the foot of Khumbu Glacier one of the main features and highlights of the Everest Base Camp trek. Lobuche is elevated at an altitude of 4,940 Meters. The settlement shared its name from the various mountains that surround the settlement itself such as Lobuche Far East, Lobuche East, and Lobuche West (a separate mountain further west). Labuche Kang (sometimes spelled Lobuche Kang) is not local but is in Tibet.

There’s one thing everyone should know here at Lobuche accommodations are notoriously primitive. consisting mostly of stone huts with shared bunk dormitories. In recent years there have been some additions of more modern facilities and amenities including seven lodges providing 200 twin-bed rooms. Some lodges provide internet and oxygen services. And during the season it is very hard to book the lodge around here so you will pre-book Everest base camp trek if you are buying a package and if you are traveling solo it will be harder for you to get lodges around here. 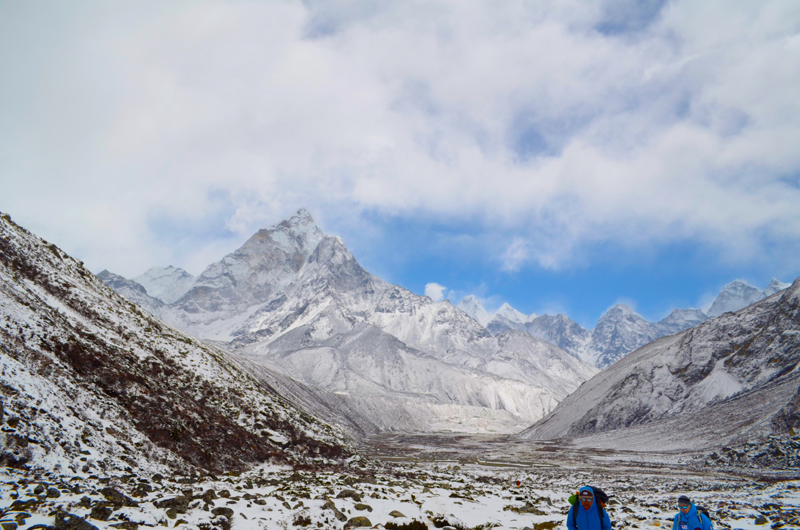 There is two base camp on Everest. Everest Base Camp in Nepal is also a south base camp elevated at an altitude of 5,364 meters. This is the most popular trekking route in the Higher Himalayas and thousands of travelers from around the world trek every year. It’s about 8 days of adventure only to reach the Everest base camp including 2 days of acclimatization and another 6 days of hiking. And it will be 4 days for your return to Kathmandu including a flight to Kathmandu from Lukla. While ascending back from the camp you will no more need acclimatization.

Kala Patthar, meaning 'black rock' in Nepali and Hindi, is a notable landmark located on the south ridge of Pumori in the Nepalese Himalayas above Gorakshep. Although not a proper mountain, with a prominence of only 10 m (33 ft), the ascent of Kala Patthar is very popular with trekkers in the region of Mount Everest since it provides the most accessible closeup view of Everest. Due to the structure of the Everest Massif, its high summit is blocked by Nuptse from much of the surrounding region. The views of Everest, Nuptse, and Changtse are spectacular from Kala Patthar and there are glimpses of the northern flank and summit of Lhotse. The world's highest webcam, the Mount Everest webcam, was located here. Kala Patthar is considered the highest altitude most will reach without a climbing permit, which must be obtained in Kathmandu, at the Nepal Mountaineering Association.

These are all the places you will be hiking to during your trek to Everest Base camp or for your expedition but for the expedition, you will be climbing further up towards camp 1, camp 2, camp 3, camp 4, and to the top of Everest. There are no notable landmarks above here except for the glaciers and the camp for the climbers. Summiting Everest as well has been dreamt for lots of travelers but you need a great team, effective planning, and a great guide for a successful summit.

Now let’s move toward the most basic itinerary for the Everest base camp trek. Here’s the outline itinerary to help you out with which day you will be hiking to where.