Dashain – The Most Auspicious Festival of Nepal

Dashain - (Pronounced Dasai, or Badadasai and generally known as Bijaya Dashami) is the longest and the most auspicious festival in Nepal. This festival is mainly celebrated by Hindus of Nepal and ethnic people from Sikkim, Assam, and Darjeeling. Most Hindu people return to their homes on this auspicious festival.

Dashain is usually celebrated in September and October and is celebrated for 15 days. Each day has its significance and meaning. As being the greatest festival for Hindus, Dashain honors a great conquest of the gods over the evil demons. This Festival symbolizes Goddess Durga also known as the symbol of power. The festival starts from the bright lunar fortnight (Shukla Paksha) and ends on the day of the full moon(Poornima).

Ghatasthapana is the beginning of the Dashain. On this day, we fill a Kalash (Small Pot made of metal – copper) with holy water mixed with cow dung, barley seed, and maze seed. Then the Kalash is provided to the priest for the blessing of goddess Durga. After that, the Kalash is taken to a place where there is a lot of sand and soil seeded with the grains. This whole ritual is carried out at a certain auspicious time determined by astrologers. 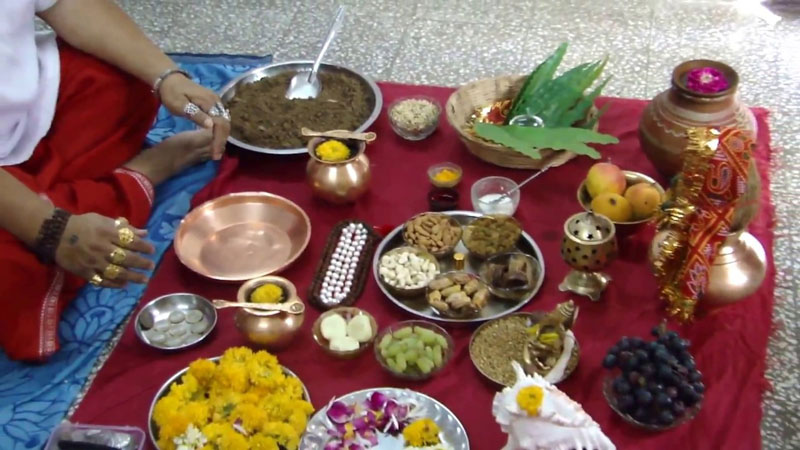 Phulpati is the major celebration occurring on the seventh day (Saptami) from the day of Ghatasthapana. On this day, it’s a tradition in Nepal to bring nine types of Phulpati into the room where Goddess Durga and the pile of sand were worshipped. Therefore, the seventh day of Vijaya Dashami is also called Phulpati in Nepal. 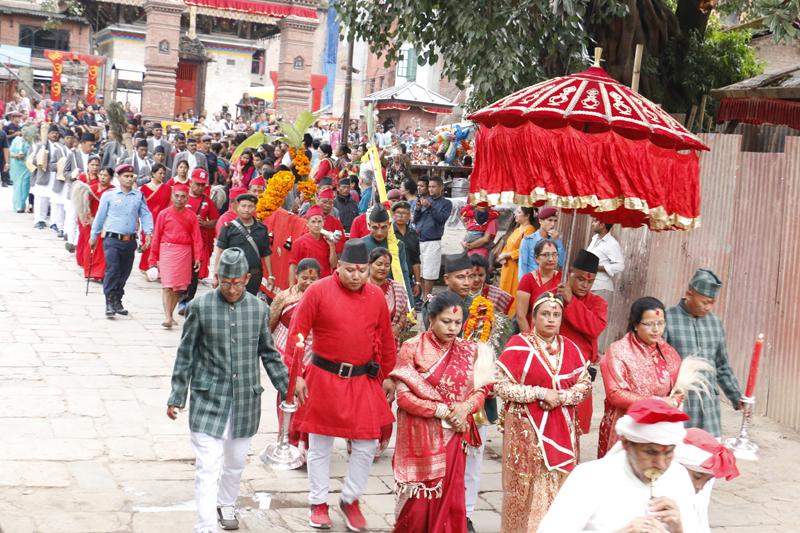 There is also a major event on this day, which is celebrated at the center of Kathmandu, Tundikhel where a canon is fired for celebration. The Brahmins would carry royal Kalash, holy Jamara, banana stalks, and sugar cane tied with red cloth from Gorkha to Kathmandu.

Maha Ashtami is the eight days of Dashain. This is the day when the fiercest of Goddess Durga manifests to the bloodthirsty Kali and is appeased through the sacrifice of buffaloes, goats, hens, and ducks in temples throughout the nation. Blood, symbolic of its fertility, is offered to the Goddesses. Appropriately enough, the night of this day is called Kal Ratri (Black Night). It is also the norm for buffaloes, and goats to be sacrificed in the courtyards of all the land revenue offices in the country on this day. 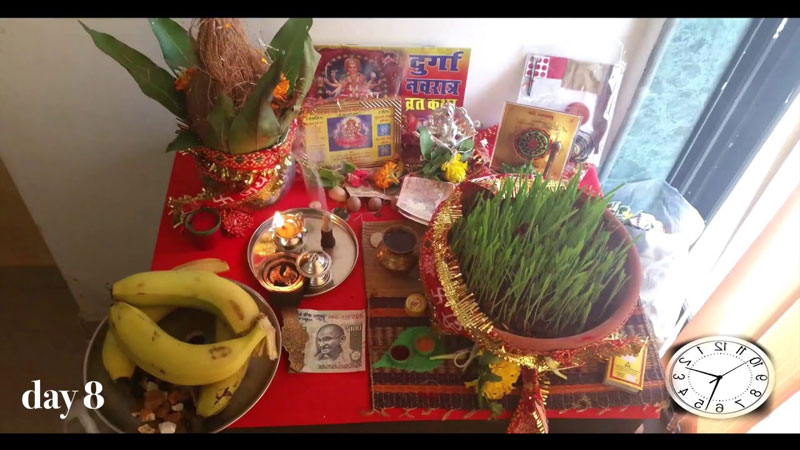 Maha Navami – is the ninth day of Dashain. According to myth, this was the day when all the demons were slaughtered by goddess Durga. The ceremonies and rituals reach their peak on the ninth day of Dashain. On this day, God Vishvakarman – the god of creation is worshipped with the belief of making the things we used happy and prosperous. Most of the tools are worshipped by sacrificing and offering animals. The Taleju Temple gates are opened to the public on only this day of the year. Thousands of devotees go and pay respect to the goddess this day. The temple is filled with devotees all day long. 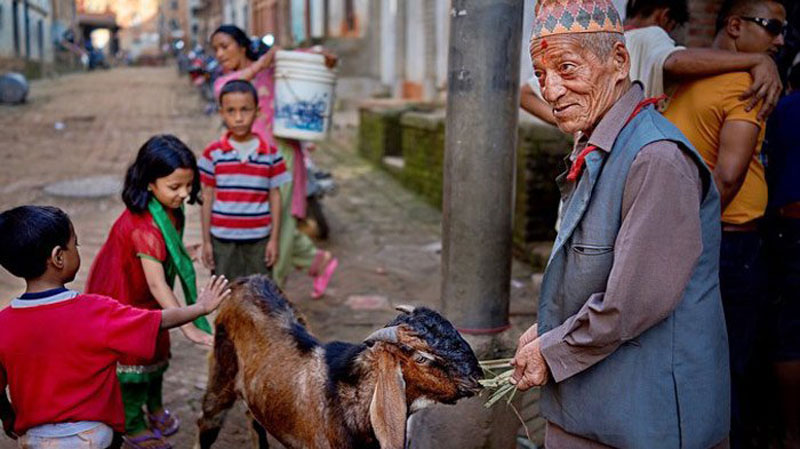 Bijaya Dashami – the tenth day of Dashain. On this day Tika – a mixture of yogurt, rice, and red color, which the elder stick on the forehead of young ones and provide them with a blessing to grow bigger and more successful. Nepali and Hindu people from all around gather on this day to get Tika from their elder ones. On this day most of the families are united who have been far for a long. This is one reason why the festival is celebrated with so much enthusiasm. 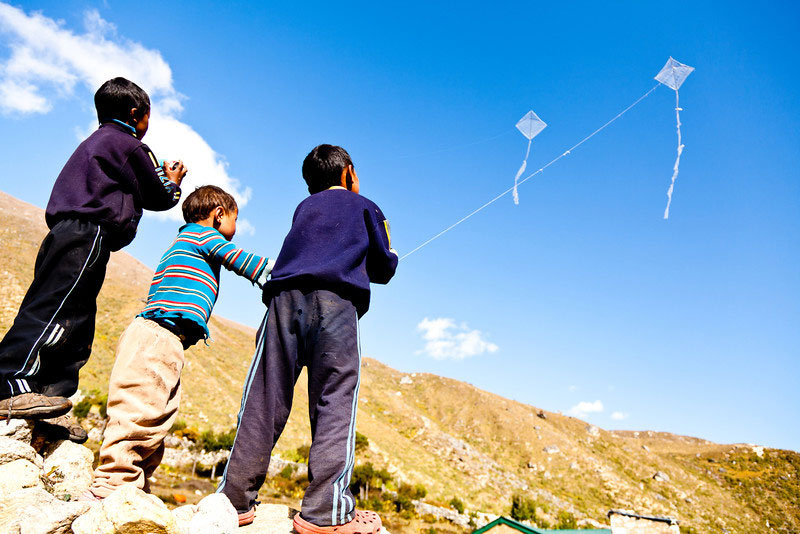 Dashain is, in fact, a festival in Nepal that reunites families and is the ceremony of reunion and joy. Every house is filled with happiness and delicious foods. The sky is filled with Kites – eagle-shaped paper that flies when the wind is directed towards it. And the people are filled with joy and memories.

If you want to witness the celebrating vibes of Nepali people, want to explore the happy faces of Nepali children and taste the delicious Nepali foods with the most exciting Nepali culture. Then, this year the first day of the Dashain festival Ghatasthapana is on 10th October, followed by Asthami on 17th October, Navami on 18th October, and Bijaya Dashami on 19th October.  So, you can join Himalayan Scenery Treks and Expedition for the amazing trip to Nepal on this special festival occasion.